Why Would I Write About That? 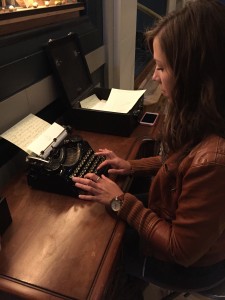 This is why I write about the things that are uncomfortable.

As I’ve started to share my story in less vague terms in writing, I’ve encountered opposition, which I expected. What I didn’t expect was that the opposition would come, often, in the form of a question: Why would you want to write that?

I expected more just disagreement with my sharing the details of my church scandal, of my processing, of my grief, and of my doubts and qualms with the church. But some people have asked me, and I know that others have at least asked rhetorically — Why would I write about this stuff? The stuff that pains people. The stuff that makes people uncomfortable. The stuff that I won’t just let lie under the rug like most people would.

I’d like to say I have to. Because truly I feel compelled to share my story and my wrestling.

But you’re right, I don’t have to. No one, and no force is making me do it.

I’d like to say I need to. I mean, I do. That’s true. I got to a point where, as the open and authentic person that I used to be and desired to be again, and as the story teller that I still am, I needed to tell my story to move forward in my healing.

But there are plenty of things I need to do that I don’t do. So it’s not just that.

I’d like to say I want to. That I know for a fact now (I had only a hunch before, but now it’s been confirmed multiple times) that sharing my story will make others know they are not alone.

But the reality is, as big of a reason as that is, I still don’t want to. It still makes me want to throw up and go hide in a cave.

I’d like to say this is God’s plan for me. That I had to go through this life-altering, heart-crushing, soul-wounding chapter of life so that I could speak into those places where people feel trapped and abused.

But I do not believe God wanted any of that for my life. See my post Why Everything Doesn’t Happen For A Reason.

As I first put out my story about my involvement in a relationship that greatly harmed me and greatly harmed my trust of men and the church, I knew I would potentially dredge up some pain for people I care about, some even though they are no longer in my life. I knew that I would probably burn more bridges to my hometown that I still love. I knew that it would probably alienate me from many who hadn’t known yet that this was part of my story. But, I thought — if there is a girl like me out there, who thinks that she is the worst human alive, who thinks that she has entered into a realm that is so bad, and so far gone that nobody else has ever been there, and if she reads my story and realizes she is not alone, that is a battle I am willing to enter.

I did not expect my choice to open such a wide door as it simultaneously burned some of those bridges though.

That’s it. That’s the truth. That’s why I write about those things. I write because I choose to. I will continue to choose to write honestly about the hard, ugly, irreverent, embarrassing, private, inappropriate, uncomfortable things of life as long as I see a need.

I don’t take the cost lightly. But I’m here on a battlefield of sorts, and I’m more prepared than many others, so I’m choosing to use my voice and pay the price so that others don’t have to. And maybe that choice will serve others. Maybe even for generations.

To those who read and respond regularly — Thank you. You have helped me believe my choice is worth it. You continue to help me find my voice and use it.