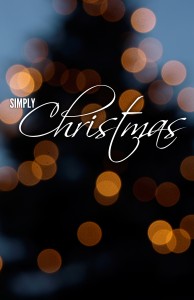 The hymn and Christmas carol, “Hark! The Herald Angels Sing” was penned by Charles Wesley — a man responsible for thousands of the songs Christians have become familiar with over the years. Since he first began to follow Christ, Wesley expressed his thoughts in form of praise songs. It is said that even as he was riding along on his horse, words and choruses would come to him, and he would jump down, going to nearby houses asking for pen and paper.

One of Charles’ biggest requests about his songs and his brother, John Wesley’s songs, was that if they were reprinted, that they would not be altered, or that alterations would at least be noted, so that the singer may know their original intent.

In this popular Christmas song, Charles originally wrote “Hark, how all the welkin rings.” “Welkin” is an old English term talking about the vault, the total whole, of heaven. It was Charles’ own friend who changed the words to what we now know and sing.  But it is a good reminder
that as we sing this
song, it doesn’t just
meant a few angels
out in the field with
the shepherds — we
sing about the whole
of heaven ringing with
joy and good news.2

The gospel of Mark doesn’t have the typical Christmas story, but it does have the story of Advent. Instead of angels, stars, and dreams, shepherds, kings, and temple prophets pronouncing the coming of the Lord Jesus, instead Mark begins his story about Christ with a man named John. Mark tells us nothing of Jesus’ birth, but he begins the story of Jesus’ coming with the man who’s purpose in life was to go around letting people know that Jesus was coming.  John the Baptist is a few months older than Jesus, and is even Jesus’ relative. He was filled with the Holy Spirit since before he was born, and once he was grown, he went out into the wilderness, where he lived a rugged, unseemly lifestyle, wearing camel’s hair and eating locust and honey.

It seems odd that a man whose whole purpose in life is be a messenger chooses to go out into the desert region, AWAY from the cities full of people. But he does, and in the desert, to the people that lived there, he began to preach about the One who is to come. And as he’s telling them about this One, the Messiah, Jesus, people begin to recognize that there is something great, something accepting, something hopeful, something loving about this man that is about to come onto the scene.  As they hear John’s voice proclaiming God’s message, people begin giving themselves to this fresh, living God who they haven’t even met yet.  John baptizes them, and tells them the good news that in the scope of things, this baptism he did to them with water will be nothing compared to what Christ is going to do with them — baptizing them with Spirit.

Why does Mark begin the story with this odd-looking, odd-living man, John?  In this day and age, to become pure in Jewish tradition, you had to sacrifice for your sins to be cleansed of them. Repentance and baptism didn’t really have anything to do with making yourself presentable for God.  You would confess your sins, and bring animals or produce to sacrifice at the temple, but it had become more of a rule or sanctimonious tradition than the heart-felt reconciliation that it was originally meant to be. What we see John doing is calling people not just to abide by religious rules and tradition, but to let their heart be open to God again.  He wasn’t telling them to simply confess and sacrifice, he was calling them to have a heart of repentance — he was urging them to desire God again in a living and forceful way, confessing their sins and being baptized as a public declaration of their desire for the God that they know they don’t deserve.

John, a prophet, and Jesus’ own relative says that he isn’t even good enough to be Jesus’ servant and carry His sandals.  He’s preaching the message about a God who has come to our world in flesh and bone, who is so holy that none of us deserve Him, but who is so loving that He will accept anyone who prepares themselves for Him.
So there John is, out in the desert where the majority of the people don’t live, talking about a man, the Son of God, the long awaited One who is about to come, and urging people to prepare themselves so that they don’t miss Him.  And people begin flocking to the scene.  They come in droves to hear the message John speaks.  “The whole Judean countryside and all the people of Jerusalem went out to him” (v. 5a). And there, in the desert, where nothing seems to live, where the strange man in camel’s hair stands in the river and speaks, the people can’t help but be overcome by the thought of this fresh, living, Savior who was on His way, and to give their hearts to Him before he ever arrives.

Sometimes, it takes something unfamiliar to point us to the One. For the shepherds, Mary, and Joseph, angels had to come to announce that Jesus was coming. For the wisemen, it took an outstanding star. For the temple prophets, Simeon and Anna, it takes the Holy Spirit’s prompting for them to recognize Jesus as the holy Son of God. For those in the desert, it took a man dressed in camel’s hair and a leather belt with strange dietary habits.

And sometimes, it takes being in the desert-place to hear that voice that points us to Jesus’ coming. Sometimes we have to get out of the city, out of the hustle and bustle of normal life in order to quiet ourselves enough to hear.

Maybe you’re still in the proverbial city this holiday season — preparing your house for this season before you prepare your heart — and you need to allow yourself room for a trip to the desert to confess and prepare yourself. Or maybe your life has been disrupted by pain and trial, by conflict or loss, and you feel like you’re already alone in the desert, away from all vibrancy of life, feeling dry, in need of refreshment. Listen and look for the calling: “Prepare the way for the Lord, make straight paths for Him” (v. 3b).

The point is, no matter if it’s when Jesus is yet to be born, is a baby, is a full grown man, or is our risen Lord who has gone to sit at His Father’s side in heaven, we all need to be pointed to the One who is coming. We all need to be reminded to confess and repent, to prepare our hearts for Him, and to allow ourselves to desire the loving Lord that none of us deserve. You don’t need to go get an animal to sacrifice in order to prepare yourself to be near this Savior, Jesus. You simply need to repent, and prepare yourself by opening up your dry, dusty, dessert-place heart to Him so that He can bring you to life again with His love.

The second candle of Advent is the Bethlehem candle, which symbolizes love. Over two thousand years ago in the small town of Bethlehem God’s chosen one, Jesus, was born. This baby was a sign of God’s unfailing love for his people, Israel, and the whole world. As we prepare to celebrate the birth of Jesus, we also wait for the return of the Son of God, who will shine light into the darkness. While we wait, we participate as signs of God’s unfailing love. Today we are called to love with the light.1