After March of this spring, life pretty much took off and I was lucky if I was in one place for more than a few days.  However, life constantly on the move was exciting, exhausting, stretching, and full of adventure.  There’s lot of stories to tell, and lots of pictures to show, however I’ll spare you the massive amounts of these aspects of travel until later.  Hopefully I’ll continue this throughout the rest of the summer and I’ll post some of my random stories from the spring (including photos) throughout the summer.  For now, I’ll just give you a quick highlight of where I’ve been since the last time I wrote:

When:21 hours Where: 4 German Cities How Much: 7 Euro Who: 8 Friends How: Countless trains

I got a group together to go travel throughout the country semi-spontaneously on the train.  We left at about 4:45 AM on a saturday morning, and hit cities (Ulm, Augsburg, Nurnberg, Stuttgart) for anywhere from 1 hour to 4 hours, deciding once we got to each city where we wanted to head next on the train.  We got home at about 2 AM the next morning.  It’s become known as the “Whirlwind Germany Tour”.

Highlight of the trip: I climbed to the tippee top of the tallest church in the world in Ulm. 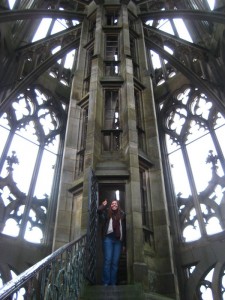 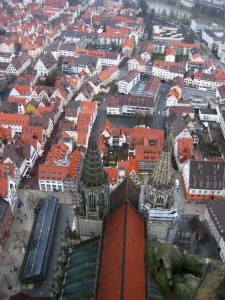 .#2 Spring Break: April 10-19: Spain and France
A group of us went on a lil’ excursion through Spain and France staying in homes and hittin’ up some of the naz churches along the way.  First we went to barcelona and stayed with Nacho and Litzy, and got to be a part of their saturday night youth service and their sunday morning easter service. 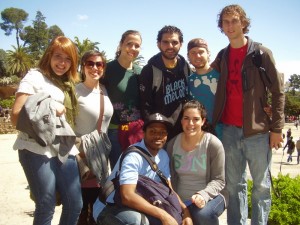 Next we went to Madrid (Home to victor, carla, Flor, and Rubi). We got to stay in different student’s homes and meet their friends and families, and we got to lead a special bilingual church service while we were there which was awesome. 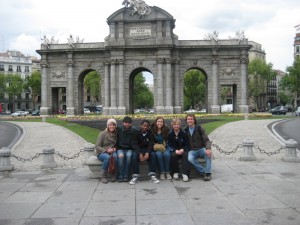 Lastly we made our way to Montpillier, France where we got to hang out with some great french people and go to the beach on the french riviera. We also got to explore the lovely city center, and got to be a part of their worship gathering on sunday morning, although we didn’t understand any of the service except the parts where we spoke and got translated.  =)  It was still a great experience with incredible people. We were constantly having problems with trains, and more than once we PAID extra just to be able to get on the train and sit on the floor of the luggage compartment.  Great trip with some fun memories and some
good stories. 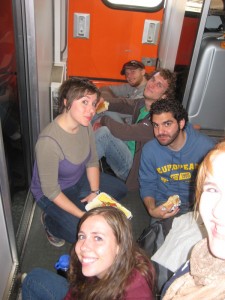 #3 Konstanz with Uncle Ron
After Spring Break, my Uncle Came to visit me after he got done with a business trip in London.  It was a great time having him at my school with everyone, but we also got the chance to go on the boat up the rhein into Konstanz.  It’s a quaint town with a pretty lake, nice streets and parks, some cool shops and resteraunts, and a cathedral, the tower of which we were of course obliged to climb.  =) 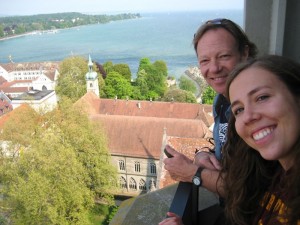 #4 Luzern and Zurich
Michelle (the Dean of Students) took all of the american study abroad students for a little day trip to Luzern and Zurich on the next saturday.  Famous things in Luzern: the Luzern Lion and the oldest covered bridge in Europe.  There’s also an old city wall and fun outdoor markets. 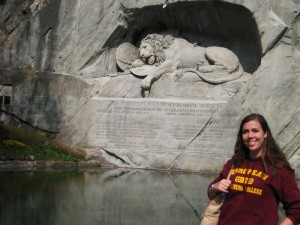 I spent the day mostly on my own meandering and exploring and had a ball talking to a local vender for about an hour in broken english, and walking along the outside of the old city wall. #5 Austria Weekend
Marte, Brady, Jenna and I all took the over night train to Vienna one friday night, spent the day there saturday, then hopped on a train and went to Salzburg and spent Sunday there. Least impressive but most overhyped: We saw two of Mozart’s residences and his birthplace. 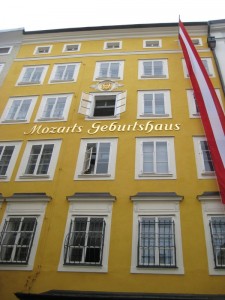 In Vienna, we did the rick steve’s walking tour through old town and that was fabulous. Marte and I also toured the palace where the Hapsburgs ruled, and where, coincidentally, Marte’s great grandmother lived as one of the house-keepers.  We then got to visit the opera house, however our train left too early to catch the opera that night.

We also were fortunate enough to catch some outdoor concerts, street people dressed in costumes, and street food as it was a festival weekend. 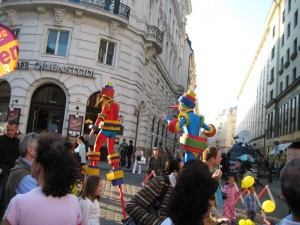 In Salzburg, the hills were alive with the sound of music for Jenna and Marte, so they went on the sound of music tour.  Brady and I opted for the cheaper, less sing-along-y option and went to the largest fortress in Europe still standing.  This fortress was a working city for a community of 1,000 people, and it was never taken in battle.  However, the fortress holders of the day did surrender when Napolean came a’knocking. 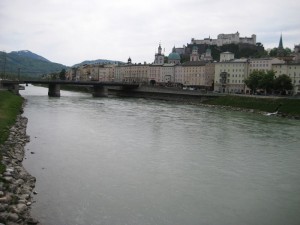 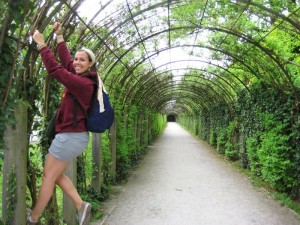 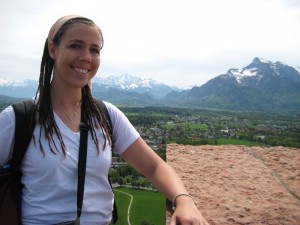 And then I studied hard, took a final early, and began my post-semester travels throughout Greece, Italy, Switzerland, France, and Ireland.  Those tales will have to come a little later….