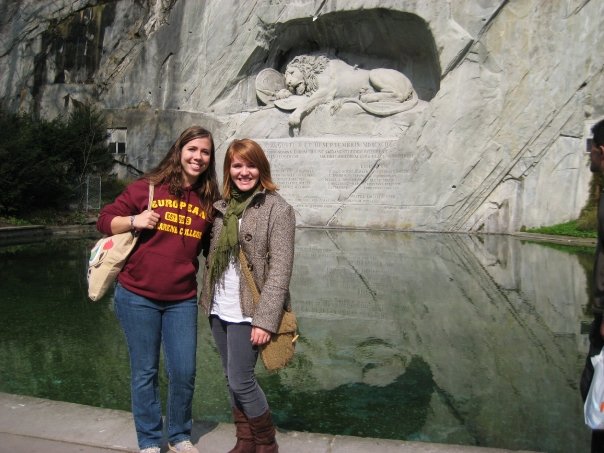 Jenna and I in Luzern, Switzerland

The first thing I noticed was a jar of buttons sitting on the desk atop a doily.

I’d just arrived to my new school in Switzerland where I’d be studying abroad for the next year. I’d been traveling for 20 odd hours, and I’d finally arrived at the tiny school with four buildings total, one of which was my dorm (slash the church, slash the laundry room, slash the hang out area in the basement, slash the movie room…).

My RA on the hall greeted me first. She was a 29-year-old, commanding Albanian girl, who’s first words to me were these:

“Hi, Jo, is it? I’m you’re RA for the hall. My name is Cezi. It’s short for Cezarina,” and then with a devilish twinkle in her eye added powerfully, “That’s the female version of Caesar.”

She told me that the store was closed, as I’d arrived at night, and would be closed the next day too, since that was a Sunday, but that she and the other girls would share food with me until I could go grocery shopping on Monday.

And then she showed me down the short hall of 6 rooms to mine at the very end. I walked in and the first thing I noticed was the jar of buttons.

My new roommate was in there, with her mom, who’d come with her early so they could travel Europe for a couple of weeks before they’d come here.

Her name was Jenna, she said as she smiled sweetly and excitedly. She was nothing but warmth and welcome.

She was unpacking the last of her things from her two suitcases as I rolled my two suitcases into the room. That’s what I couldn’t get over. We had to pack the earthly possessions that we needed for the next half a year into only two suitcases, and she’d found room to bring a doily and a jar of buttons.

I thought she was so fake.

The hipster movement was just right on the brink of emerging, and there she was. Wearing a scarf. With buttons on her desk. And the next thing I knew, she was unpacking knitting needles and 2 aprons.

“Nobody even uses aprons. Who is this girl kidding.” I judged her silently as I unpacked my clothes, my few books, and my couple of picture frames.

I was tired, cranky, hungry, jet-lagged, and pretty homesick and scared about being away from my hometown for an entire semester. I’d always been the girl that went home up to four times a semester. And this too-cute-to-be-true girl that was my new roommate was too much for my mind to take.

I tried to be polite, and just kept my judgey thoughts to myself: Yeah, this is a small school. Pretending to be cutesy isn’t going to last long. She’ll drop the act soon.

She and her mom continued to be nothing but sweet to me. We drank tea together in our room and talked about the west coast, as she was from Washington and I was from California. 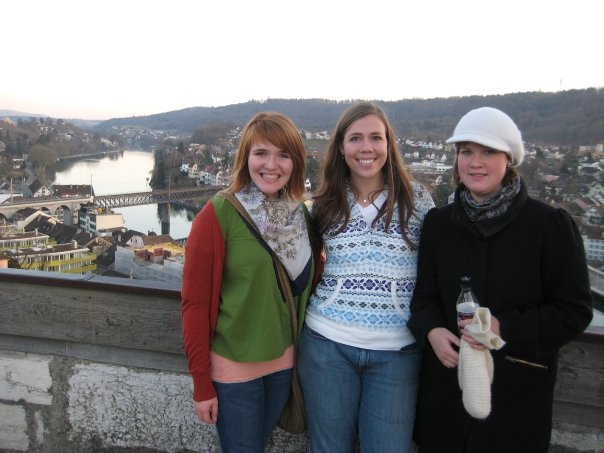 Second day in Switzerland. On our walk to town.
L-R: Jenna, myself, Signe

The next day we all walked to the town (we lived in a small village a few kilometers from Schaffhausen) and went to the large fortress up on the hill. When we got back, she put on her apron and baked something for the dorm.

I rolled my eyes internally a little.

The first few days were fun and exciting, meeting everyone, going to the alps to go tobogganing. And Jenna was nothing but sweet and kind. I still didn’t let my walls down. I was waiting for her to break like an actor who slips out of character.

But then the first week of classes came. We had a prof that was particularly harsh, and we started to share our frustrations and our bewilderment about it. We started to run up against some cultural faux pas with the other students who were from a broad range of countries and cultures. We even started to rub up against differences between us and the few other students who were from other areas of the U.S. Our room became a safe haven to discuss, digest, debrief, vent, and sometimes cry with someone from our own culture.

But even when she was hurt or frustrated, she was always still kind in her words and her thoughts. She seemed to bleed honey. 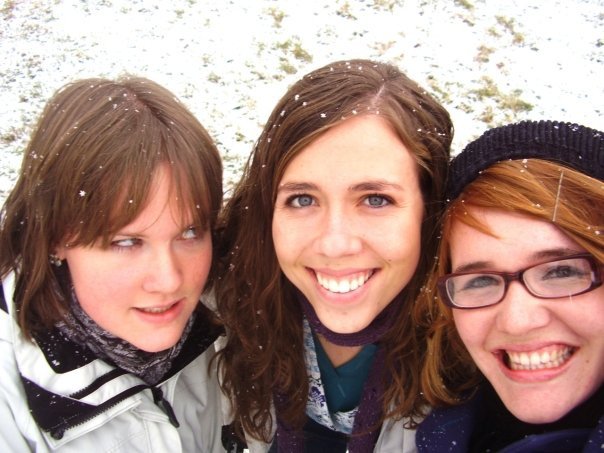 Signe, myself, and Jenna on a walk the first day it snowed

One day someone needed a button, and Jenna took out her small sewing kit, got a button from her jar (which I think was mostly a sentimental token, like my picture frames), and sewed it on for them.

She baked most days out of the week. And she always wore an apron while doing so.

She showed me how to wear the big scarves that she had so many of, when I stopped being judgmental and admitted I liked how they looked.

My internal walls came down, and I embraced the fact that my first impression and first judgments were totally wrong. She wasn’t too cute to be true. She was super cute, and super sweet, and it wasn’t an act at all. 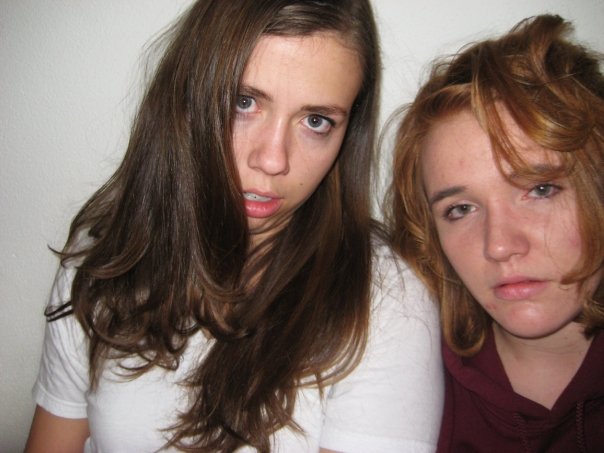 And she was my roommate.

I have never known someone like Jenna before or after her. She is the kind of person who, when she only has two suitcases to live out of for months, brings two aprons, and uses them daily. And I absolutely adore the sweet roommate I found waiting for me in a small dorm in Switzerland, with a jar of buttons sitting on her desk. 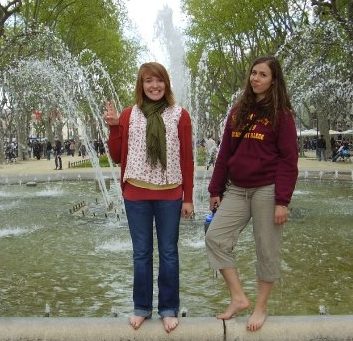