Strength & Whatever Doesn’t Kill You

Tackling Myths & Cliches: Whatever Doesn’t Kill You Makes You Stronger

Green lights all the way.

This is it. We’re going to die.

I see the panic on the blond girl’s face through the passenger side window of the truck.

My world goes black as I hear the deafening sound of metal colliding.

Silence. I am gone.

I come to in a car filled with airbag dust. I look, horrified at the passenger seat. What will I find there?

I see Kate. Her eyes like deer in headlights. Staring at me. Alive. Conscious. In shock.

I see smoke starting to fill the car. More and more. I’m still looking into Kate’s wide eyes. She does not blink.

I look around at the smoke, and back to her. “GET OUT! GET OUT OF THE CAR NOW!” I order her. Movie scenes of cars exploding in flame race through my mind. No.

Our doors open. I step out of the car and struggle to stand. Something is wrong with my foot. I hobble to the median of the broad intersection. It is at Kate’s side of the car. She is there already.

I slump down. People flood to our sides. Are we OK?

Who can we call?

Ambulance. Kate and I laugh lots of shocky laughs that make us cry out from the pain of moving. Emergency Room. Exams. Long, painful night.

Two years ago I was in a head on collision at around 50 MPH. I broke my foot, and suffered what we later learned to be a concussion which began giving me daily migraines.

My foot healed within 8 weeks. My migraines, though I have made MUCH progress, still punctuate my life several times a month.

It is one of only two times that I was certain that was it, that I was going to die.

Whatever doesn’t kill you makes you stronger. Right?

After my sister died, after my car accident, after my life imploded, after I moved because of a bad living situation — people told me I was so strong. And I’m starting to see that they were right. But I thought that they were saying these things were making me strong (some did say that). And deep down I knew that wasn’t true. These things, they were testing me, sometimes they threatened to destroy me. They weren’t making me strong. I was strong through them, not because of them. Those life obstacles were revealing to me the depth of strength that I had to find to survive those times, but they were devastating me in the process.

Pain doesn’t make you strong. It reveals your strength. You don’t actually need the painful things of life to be strong. But sometimes you don’t realize how strong you are without them. It’s the revealing that has value.

We should be honest that pain sucks. Bad things suck. That there are things that we wish we never had to live through.

It’s not about the positive spin. It’s about the true revealing of who we are so that we can go forward as the person we want to be or become. 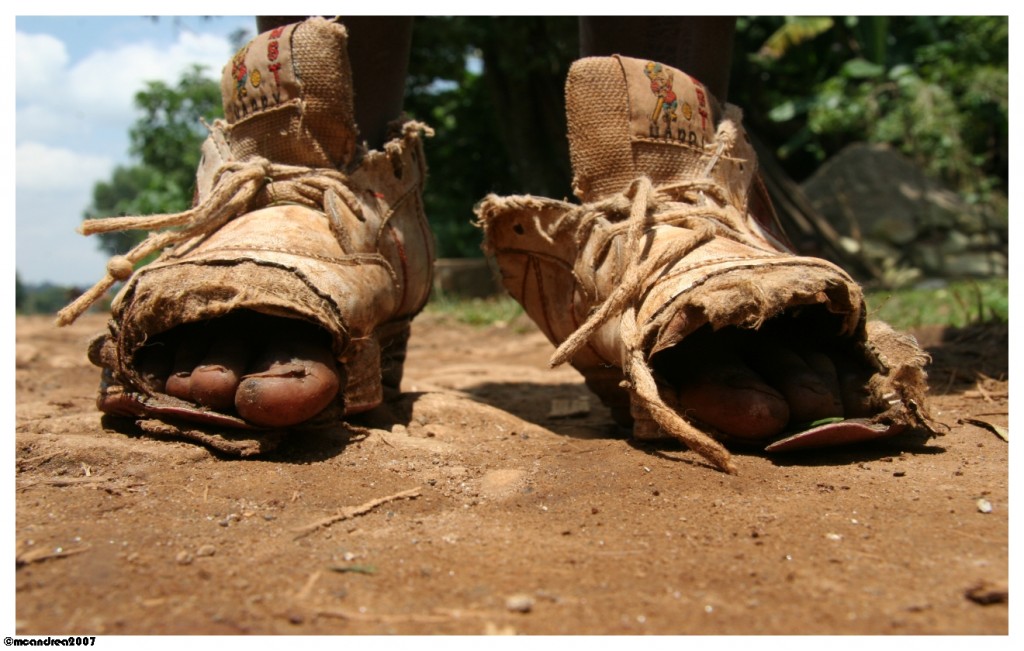 But whatever doesn’t kill you makes you stronger is false.

The first person to ever run the distance of a marathon was actually running to the city of Marathon from the battle field to tell that the battle had been won. He ran the whole way, and the myth says that he died immediately after delivering the message.

Many strong people run marathons all the time now, but marathons don’t make you strong. Actually they temporarily damage your body, having pushed it so far. But they reveal the strength you’ve built up in training.

In the wake of the things that are destroying you, it is OK to not feel strong.

Sometimes, the strength that is revealed doesn’t feel like strength, it feels like taking one ragged breathe, one faltering step at a time, one after the other. And we slowly move forward. We slowly discover how much strength there is in us. And undoubtedly, we all have times where we feel too weak to carry on, and we have to sit down and take a break, or sometimes collapse and weep. But then we discover that we might have another morsel of strength. So we continue.

That is the true strength that is revealed when we think we might just die.

Marathon runners make it to the finish line, and their body takes a toll.

Broken bones, when re-healed, still ache sometimes, even years later. Strong people walk through the ache. But when they walked without ache, they were just as strong.

Our lives would be better without conflict. But the conflict reveals us to ourselves. And when we live as revealed people, we use the strength we’ve always had more fully.