I Landed ship in Bari, Italy.

From there I took the train to Roma where I met my parents! 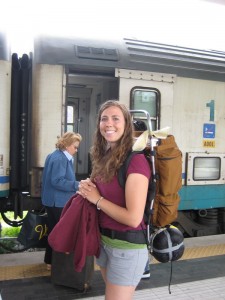 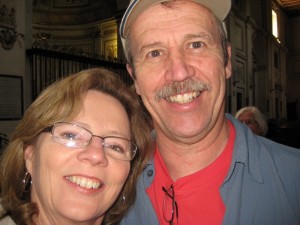 And we visited lots of sites and saw many things that strange and wonderful, familiar and old.

San Sebastian’s church: we went into the catacombs here. However no pictures were allowed underground. 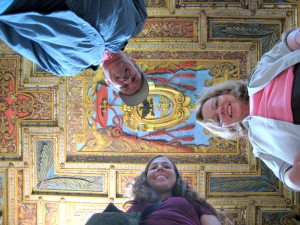 Then We went to a separate country: Vatican City. (Smallest, and richest country in the world and which is protected by the esteemed Swiss Guards.) 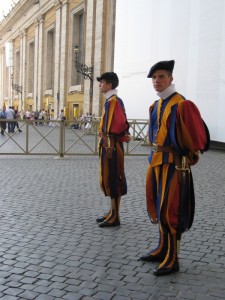 There were lots of incredible things in the vatican museum… including lots of naked men statues which had been demasculinated. 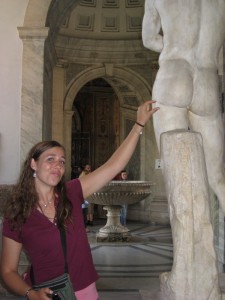 and both the sistine chaple and St Peters Basilica (we climbed the dome) were absolutely incredible! 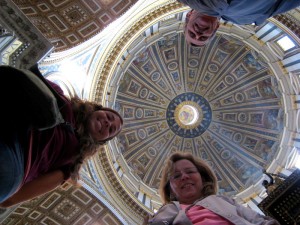 That night we followed Rick Steve’s night walk which took us through different piazza’s, but the most memorable part was the Bernini Fountain of Four Rivers (especially since I had just read Angels and Demons). 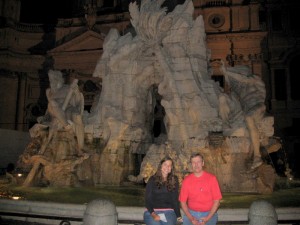 The next day we went to the Colloseum.  Absolutely mind-blowing. 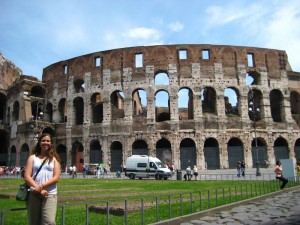 Then across the way to the Roman Forum. the center of ancient roman life in the capital. 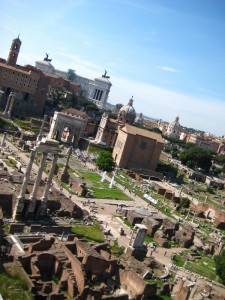 The forum was a menagerie of temples, houses, political buildings, and memorials all fallen to ruins.  However, there is a place of current life there, to this very day: The mound of dirt marking the spot where the body of Julius Caesar was burned is still adorned with fresh flowers from loving and dutiful romans. 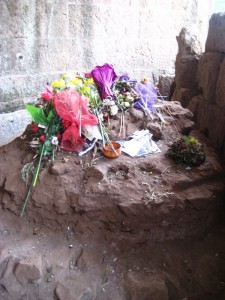 Also attached to the forum was Palantine Hill where all the emperors built their palaces. 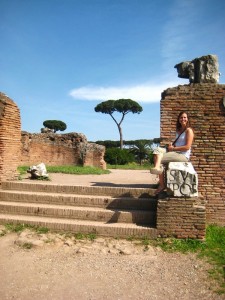 We then visted the Mamertine prison where Paul and Peter escaped from their cell: 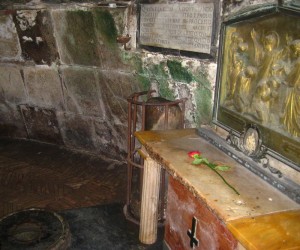 And then on to the new rome. Capital Hill. 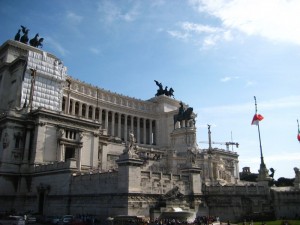 Then we hit up the Pantheon. However one of the bishops was having a private concert given so we weren’t allowed to go inside. 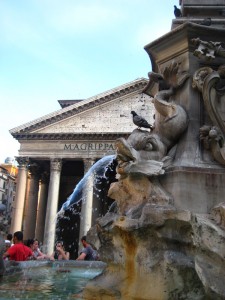 Then we hopped on the train and headed to… 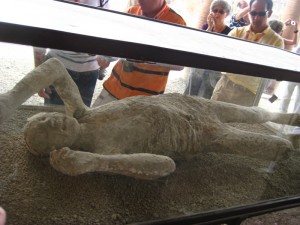 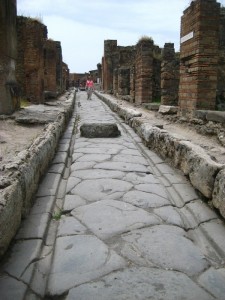 In pompeii they had ancient style fastfood joints also. 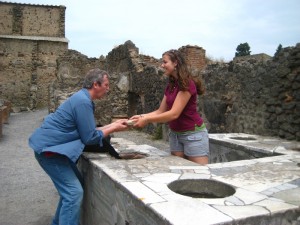 And they had indoor plumbing supplied by the gravity leveraged by building these big water arches throughout the city. 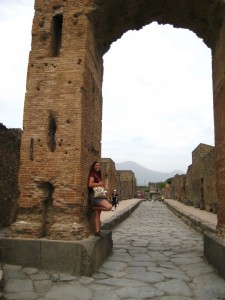 Even some of their mosaics on walls and floors were still preserved with perfection. 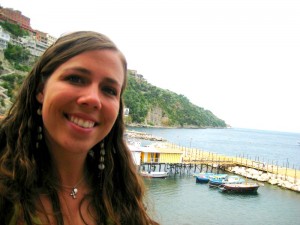 the whole time we were in italy we loved eating in the restaraunts everynight.  This was one of our favorite waiters because he came and gave all the ladies these lovely flowers. 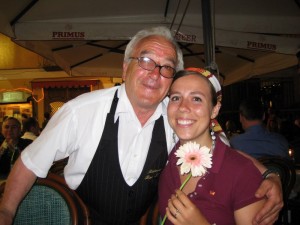 Venturing onward we trained our way to….

We went to the Uffizi, and the piazza where the David stood for years 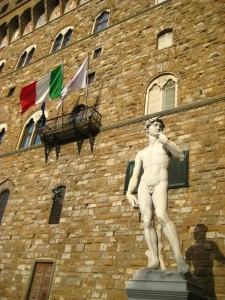 We also saw the incredible Duomo. 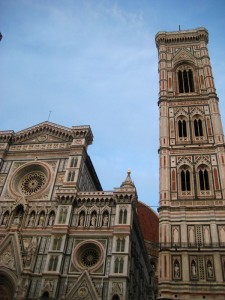 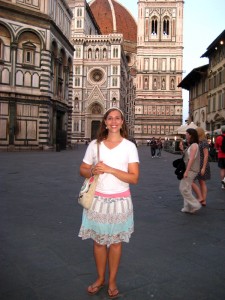