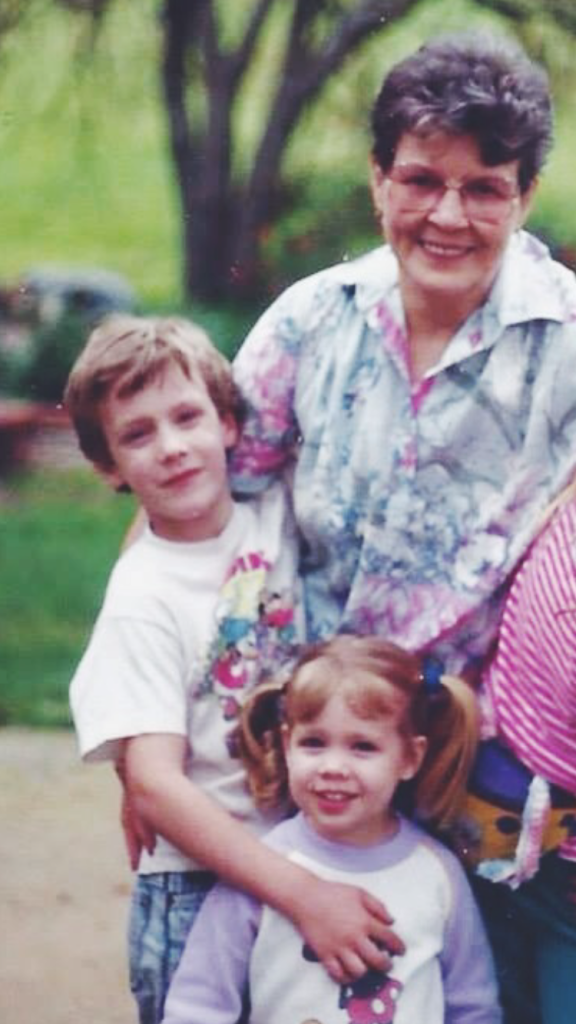 I was two years old when I got my first watch. The youngest of three, I’d been fascinated by watches for a long time as my parents, and then my older siblings had gotten theirs in their own time.

I don’t remember asking for one (though I probably did), or specifically wanting to own one, but one of my earliest memories is of how incredibly excited I was when I first got my very own watch.

Grandma Gentry had come down from Oregon on a visit and she’d brought me what must have been a flea market/garage sale/dollar tree watch. (She was always good at finding nicknack gifts for us for no reason at a bargain so as to be able to afford to give us stuff whenever she saw us. Gifts are one of my love languages, so this always went over really well with me.)

It was plastic, and bright orange, but the band was kind of see-through.

At the time, I still shared a room with my older brother, my first roommate. He had a bed on the side wall of the room, and my crib sat along the end wall, so our heads were near each other when we slept.

It was nap time when the drama occurred. Both my five-year-old brother and I were in the room, supposed to be napping, but I was so distracted, so excited about the watch that I couldn’t settle down.

I wasn’t wearing it, just holding it up, looking at it in awe. My very own watch. It had buttons on the side and everything. I wouldn’t stop talking about it — or probably talking in general, since I was so wound up — and I may or may not have been kind of shoving it in my brothers face that I had such a cool gift from Grandma.

Insistent that we were going to get into trouble, he demanded that I give him the watch so I would lay down and go to sleep.

But I had no reason to distrust him, so a few minutes later when it seemed like his jealousy and admiration for my fine orange digital watch had won him over, he asked if he could just see the watch for a moment, to check it out.

I was all about showing off my new bling, so I reached through the bars on my crib over to his outstretched hand and handed it over.

I’m not sure how the following events unfolded, and I trust his intent was not malicious, but in a moment, my watch was broken. One half of the band had suddenly come unconnected from the face. My watch was destroyed forever.

Panicking, Jason swore he could fix it, but as it became clear that he couldn’t, my cries rose louder and louder.

Soon, a parent was in the room scolding and I tattled loudly through my tears: “Jassooonnn. *Gasp* BROKE *Gulp.* My NEEWW WAAATCHHHH.”

I was inconsolable. My first great grief in life. I had been given the most wonderful gift ever and within the day, it was snatched away from me.

Soon, Jason was allowed to get up and leave the room, and I was left alone to cry in the dark about it. I was determined to not be done easily with my sadness. I screamed and cried and cried — which was not at all normal for me. And eventually, I started to feel sick, which made me cry harder.

Finally I remember my Grandma coming into the room, and through sobs I told her, “Grandmaaaa. I feel like I’m going to throw up.”

“I’m sorry honey. But sometimes that happens when you cry too hard. If you keep crying, you might actually throw up. I’ll get you a bowl in case you do get sick. But you can’t come out until you’re done crying.”

I tried to tell her I was crying because Jason broke my watch and that it wasn’t fair.

She said she was sorry he broke the watch, but sometimes when you share with people (which you should do), accidents happen and stuff breaks.

“He should have to buy me a new watch. The same exact one.”

She said the store was in Oregon, and that he couldn’t get to it.

“Then you could buy me a new one?” I begged and manipulated (or tried to).

She said sternly that I didn’t sound very grateful. And that for sure after I handled the accident so poorly she wasn’t inclined to get me a new one.

I cried more for a little while, but when I was done and I had “adjusted my attitude,” I was allowed to come out and enjoy the rest of Grandma’s visit without incident.

Even at that young age, I wasn’t really mad at Jason, because I trusted that he was a good big brother, a good person to share a room with, and that he probably would never break my stuff intentionally.

I was just mad and sad at the situation — because it was the first time I remember really learning the lesson that sometimes, life’s not fair. And that we have to adjust our attitude and move on.

My Grandma’s wisdom about the fact that when we share things, sometimes they break — that has served me well in my expectations ever since. With family, with friends, and especially with roommates.

I’ve learned that when you share life, sometimes life gets messy.

*This is the first installment of a series chronicling tales and lessons from most of my roommates I’ve had throughout my life (of which there have been many). Check back for more stories next week.*