Jan 25 — Schaufhaussen and the castle

Today I met the rest of the students at Church.  There is an international nazarene church which is actually in my dorm building and the service is in English.  Most of the students attend this service.  After the service every week there is also a coffee time down in the “fellowship hall” which is in the basement of my dorm building.  (It seems every building here is a multipurpose building!  My dorm goes like this:  Basement level = computer lab, movie/tv room, laundry room and the fellowship hall. Ground level = the chapel/church, and the library.  the 2nd story = first floor of girls dorm (complete with 6 rooms, 3 bathrooms, a kitchen, and dining room/living room), and the 3rd story is my floor and is the same as the 2nd story.)  Anyway… so at coffee time I met a lot of people from the college and from the church and we all hung out, and then we ended up all eating lunch together down there.  It was fun and good to get to know some more people.  (By the way Kaitlyn, if you read this, I met the people who know you… and they love you, as do I 😉 ).

THEN — this afternoon we walked along the nice walking path into Schaufhaussen and the whole walk is along the rhine.  It’s beautiful! And there are swans…

We got to Shaufhaussen, and wandered around seeing old buildings, a few fountains, and a church that was built in 500something AD.  It was pretty neat, but had been redone inside so the interior actually looked really new, which took something away from it… 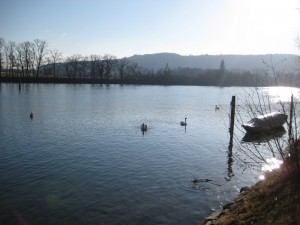 The Rhine River on the way to Shaufhaussen organ. massive. this is approx. 30 times my height 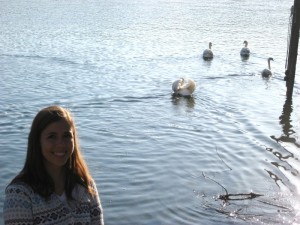 THEN the moment I’d been waiting for came…. we went to the castle!  We had to walk up a good number of stairs to get up to the castle, because it’s built on a hill, (just like all the stories!) and as I got closer to the top, I got so excited I couldn’t stand it and I sprinted up the rest of the stairs.  so much for not looking like a star-struck tourist.  I was too enthralled to care, though.  We got there just as it was supposed to close, but we still got in, and apparently they didn’t close it on time, because they didnt kick us out.  Inside, on the level you entered on, it was just this massive, open stone room.  It was super dark, but there were sky-light type deal here and there (which means huge holes in the ceiling… but made purposely with like stone columns going through the thick ceiling to the daylight.).  Then we got to climb this winding staircase up to the upper area which opened into an outside courtyard type deal.  There was, from there, a door which continued up into the tower, but that door was locked to the public, so we didnt get to see into the tower or any of the chambers or anything.  It was still flippin awesome, though.  The view from the open courtyard on the roof was pretty incredible, also.  There was also what looked like it must’ve been lower levels of chambers or dungeons or something which are below the level you enter on, but there was no public access into those areas either.  Here are some pics. 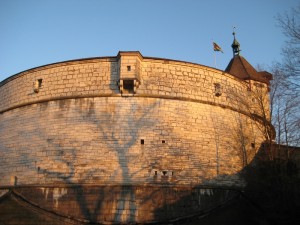 The main part of the castle from the entrance side. 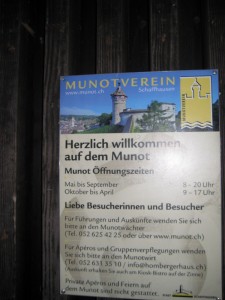 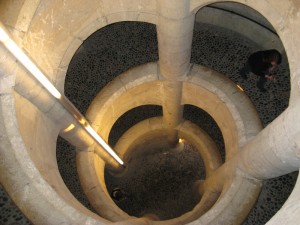 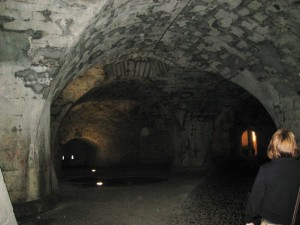 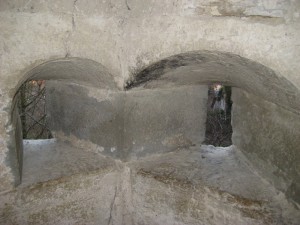 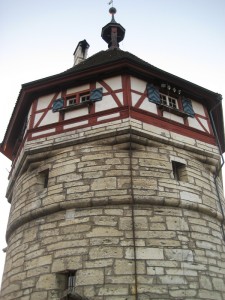 the top of the tower 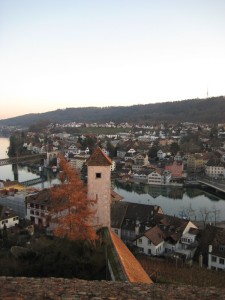 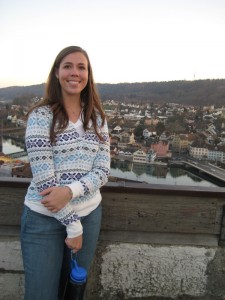 me in the courtyard