Eleven years. It’s been 11 years since she died. My older sister. Julie.

Two years ago on my birthday, I wrote a column about celebrating even when it’s hard, and I talked about when my sister died, and the birthdays that followed. In the piece, there was this line: “When my older sister passed away, the timing was really terrible.”

We were at dinner — my older brother, my parents, and me — when I read them my column for that month. When I read that line, they all laughed. I laughed a little when I wrote it. Because it’s true, it was horrible timing when she died. As if death ever comes at a good time, but hers was particularly bad timing.

She died 3 days after her 21st birthday. Two months before graduating college. Three months before her one year wedding anniversary (they’d just purchased a cruise for the occasion). And in the first month following her death we had to celebrate my dad’s birthday, her husband’s birthday, my brother’s birthday, and Easter.

But I was glad that my family laughed at the line. Because that’s what I have begun to see as a sign of healing — being able to call things what they are. Being able to say that the timing was horrible and laugh at how irreverent it sounds and how true it is.

It took us several years as a family to know what to do with our “Julie week” of her birthday and anniversary of death. It was hard to talk about her for a long time. We each processed at different paces, and while some of us wanted to remember, it was too hard for the others. And visa versa other times.

Eventually, though, we ended up creating a sort of tradition when we were all living near one another (I’m the one that lives elsewhere some years, like this year). We get together and go out to dinner at the Olive Garden (her favorite — but give her a break, she was a 21-year-old broke college student/piano teacher. The Olive Garden was a splurge to her) and we tell stories to remember her. Not the stories that were told at the funeral. Those were too nice. Too kosher. For a long time, that’s all we or anyone would do — tell the funeral-appropriate stories. The ones where she seems so much more lovely, and so much less like the girl we grew up with and loved indefinitely not even despite, but with her flaws.

It took several years to find the freedom to remember her more accurately. To laugh at her precociousness, her sometimes judgmental nature, her infuriating stubbornness. To admit that amidst her mounds of talent, she was deeply insecure. To remember her harsh exterior that came out quite a bit, not just the softness that existed underneath, too. To remember the way her long red hairs got EVERYWHERE.  It was literally over a year before I stopped finding her hairs woven into the fabric of my clothes from the laundry.

Again, I think it’s a sign of healing, of acceptance, to be able to laugh. I have this theory that I will teach my children if they are ever bullied — laughing at something takes it’s power away.

And I think for our family, when we were able to finally laugh again at the memories of our sister, it was a sign that we were taking power away from grief. We had to let it run its course. That’s not optional. But finally, we found our way to a place where we could remember what was true.

I think we learned this from my mom. We grew up hearing what I would name the “rascal boys stories” — stories of her and her two brothers while they were growing up. But in the stories, there were two brothers, and in life when we were hearing the stories, there was only one brother. We were missing an uncle. He died before I was born. I only know him from the stories.

I’ve never met him, but because of the stories, I know him a little bit. A non-idealized, real version of him. And because of that, he’s never felt like a story character — he’s felt like family. Real-life, living and breathing, blood and guts family.

That’s my hope as we move onward in this life and we carry the loss with us. That we will continue to choose to tell the stories of real-life Julie. That we will remember her as she was, and laugh at what needs to be laughed at and feel for the things that need to be felt. That we will love her in death the way we loved her in life. Real-ly. Because she was real, and our love for her still is. It is good to remember. 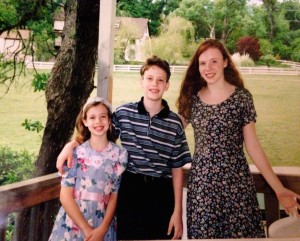 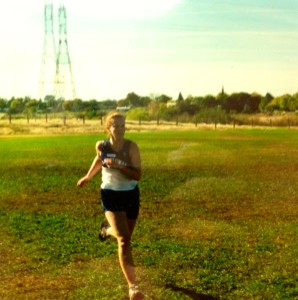 Please keep our family in your thoughts and prayers this week as her birthday is this Wednesday and the anniversary of her death is Saturday.

storyofjoblog@gmail.com
To Donate to Stories By Jo: The Story Project click below