I Was Lost & I Still Am: about a weird church that gives me hope

“Do you know of any churches in Denver?” I texted a pastor I know from California when I had just moved to Denver last fall.

He texted back right away: “Scum of the Earth Church. Pastor is Mike Sares. We went there last summer. If you want to go, I’ll let him know you’re coming.”

“It’s f—ing hard to find a church when I don’t trust the church,” I thought to myself, frustration welling up.

“Thank you. I’ll go tomorrow,” I texted back.

Then I found the tears rolling down my cheeks as I sat at the table alone in my new apartment, overwhelmed at the thought of trying another new church. Getting to know people who would eventually have to know my story if I was to be known. And knowing that with telling my story, I might be judged, outcast, burned again.

I pulled my laptop out right then and wrote the blog post from last fall that I titled “I don’t trust the church (but I wish I did).” Many of you have read and commented on that blog post, and in the responses, I have realized that I am not alone in my distrust of the church, of religion, of pastors.

But I went to Scum of the Earth church the next day after I first typed out that blog post.

While driving by where it was supposed to be, I did see one church kind of looking building between a dirty alleyway and a house, it didn’t have any sign saying “Church” or anything at all, actually. No signs. So I wasn’t sure that was it. 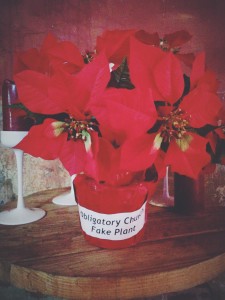 I parked and walked back, asking the people in patched vests smoking on the steps if this was the “scum of the earth church.” It was, so I slipped in and found a seat while the folks inside were singing in the dimmed light. A little girl, maybe 6 or 7 years old, danced barefooted and beautiful in the open space in front of the worship band.

Soon, a big, white-haired Greek man got up to the microphone at the front.

“We have something we do a few times a year here at scum, and it is consistently one of the most important things we do. That’s tonight. Tonight we are having our “story night” and we have a few people who will share their stories with us.”

I was interested, immensely, because I love stories. But also somewhat skeptical — I had images of “I was doing bad stuff, and God saved me, and now my life is awesome and I have no problems” testimonies. I was prepared to discretely walk out if that was the case.

But instead, three or four people shared their scarred stories, and none of them were just about some sort of conversion of how they “came to Jesus.” Rather, they were their personal stories. Stories of them as whole people, not as “good christians.” Stories that didn’t have pretty bows to tie around them at the end.

Not that their pursuit of God used to be rocky but now was great. But the fact that one woman still was fighting the urge to not go out and F— some random man a few weeks ago after church to temporarily fill that void, that ache. The stories felt real. And in the midst of conflict. In the midst of wrestling. In the midst of the battle between I-want-to-love-and-follow-God and this-world-has-screwed-me-over-and-it-sometimes-feels-like-I’m-dying.

The church itself is not what I’m used to. It’s a conglomeration of church styles and ideologies, not many of which fit what I’ve grown up in.

There are still challenging messages about how we can and often should do things differently. How we can allow God to better us and heal us. But the bleeding wounds of the church people’s souls don’t have to be ignored or hidden there. And that is the most important thing I need in a church right now.  That’s why I stayed.

I sat down with Mike, the pastor, the other day and he asked, “did you ever go check out other churches?”

I told him the same thing: No. I saw that you could handle struggles in honesty. And that’s the most important thing I need right now.

Though I think I told him then, as I told them the very first night 7 months earlier: I like this church. But I hate the name. Scum of the Earth? Really? That’s not how God sees us. But I’ll overlook it because of your church’s honesty about life.

I went to dinner after that first church service with Mike and his wife and several others from the church. And I told them my story. “So, I don’t really trust the church, or pastors right now,” I said.

And without missing a beat, Mike, this new Pastor I had just met said: “I don’t blame you. I wouldn’t trust the church or pastors either.”

Again, he and the church seemed willing to have people be honest about where they were on the path. Not just in a general message from the front, but at dinner at Pete’s Greek Town to me, specifically. They were giving me permission: I didn’t have to pretend to be better off, or farther along than I was. I was welcome. And I was welcome to be honest. As was the rest of the church.

When you look around the church, about half of the people look like the outliers of society — the punks, the goths, the homeless. They have different colored and styled hair, lots of large plugs and piercings, tattoos galore.

The other half of the people look like they’d fit in well in clean, professional social circles. You could find people who look like them in bulk in any church on a sunday morning — well dressed, they sit up straight, speak with an educated tone, and their classic-ness gives them the “good church people” air. I’ve always found this mix of the type of people in Scum curious, but valuable.

And as I sat in the back of the church on Easter sunday, I noticed that someone a few seats down from me smelled heavily of BO. And I noticed that a woman across the aisle smelled freshly of sweet perfume. And I realized as I looked around, as I’ve gotten to know peoples’ stories there, why it’s called Scum of the Earth church.

Because it is for those who society thinks, the church thinks, or they themselves think that they look like scum on the outside, or that they are scum on the inside.

And it was the first time I realized and admitted how scum-like I have felt over the past few years.

I’ll be sad to leave Scum as I move on in a few weeks. They have taught me that it is not a sin to be honest about life and struggle in the church. They have restored some hope to me about what a church could be.