I don’t trust the Church (but I wish I did) 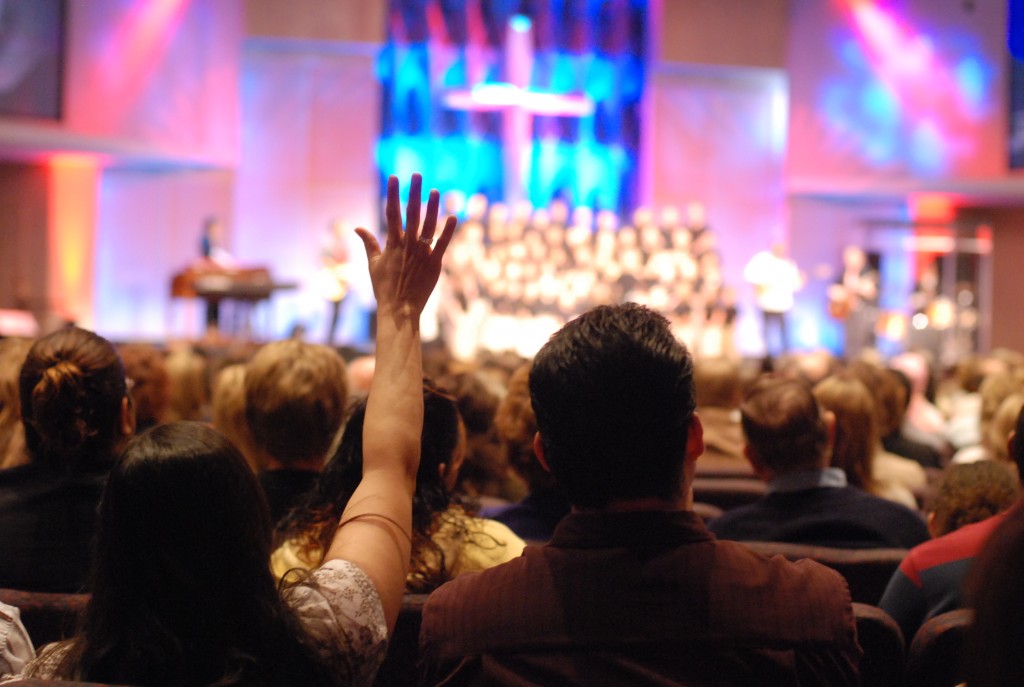 This is hard for me to write, even though I’ve been saying it with my actions and body language for more than a year now.

I don’t trust the Church.

And that breaks my heart.

I have always loved the Church — my home church and the greater Church. I grew up in the church. The rough brick hallways and the green and purple faded carpets have known my touch, my presence since they were erected in the first couple years of my life. I have spent a massive percentage of my life within those walls.

My home church looks kind of like a prison from the outside. All gray cement blocks and massiveness in the middle of a large parking lot between two barren and vast fields of dead grass. It is lonely and unwelcoming in presence and stature. But it was home.

People said that, about it looking like a prison, and I could see what the meant, but I had personally never seen it like that. It was the place that held all of my dearest people in the world. People who had known me since I was born. People who had seen our family through some of the most trying times, including my mom’s severe illness with Lyme disease, and the sudden death of my 21-year-old sister. These were the people who had been there through it all. Not just at the church — in our homes, in our backyards, in camping trips and missions trips, in the schools, at softball games — but in the church, too. That was our common home, and I was there more than most.

Now when I drive up — which I don’t do often — I see what they mean. It looks like a prison. A prison full of beautiful people who know how to extend grace and how to love one another, mostly. But a prison none the less.

When I enter, I feel like I’m entering the prison. I walk through the foyer, down the aisles, and into rows of seats and I get stared at (or intentionally ignored) the whole way, like a prisoner walking down the cell block, being eyed — plotted against, sized up, respected, scared of — but being eyed none-the-less.

I take my seat and rely on the word of the warden-pastor that I am welcome there, of course. And though I know he wants it to be true, it’s not. I am not welcome. I am tolerated by most, judged and unwelcome by some, and greeted by a few (who really mean it).

The stares, glares, looks of, “Oh shit, how do I respond?” are palpable and, I am certain, mostly unconscious and involuntary.

I have a few friends who make conscious and great efforts to welcome me — to show that they won’t just tolerate my presence there, but align themselves with my presence there. They seek me out to hug me and chat, or even greater, they come and sit next to me. That’s how it was nine months ago at least. That’s the last time I could bring myself to attend a full church service there. I went one time since then, just for the worship portion, when the lights were down, and I wept and had to leave before the rest of the service continued. I wept because I so wish I could trust the church. I so wish it was still my home. I still love those people who bristle at my presence — and I love them dearly — but I know that I am not a part of them any longer. I wish I could be, but the welcoming hands and eyes of maybe 20 in a crowd of 500 is not enough. I can’t belong to a home where I am tolerated at best by the masses. It is better to be unknown.

But this is the thing, yes, that’s just one church. But that was my church. And I know those people — they are good people. Real people. People who have been through the mire of life with me. And they stiffen when I walk in, unsure if they should even look at me. Because they are human.

Not just by a few. Not just by casual church attenders. But by pastors, board members, and life long friends who I called family.

So I’m distrusting of churches. All churches. Because they’re all made of people who have the ability to be hurt, and then to hurt.

I’m distrusting of pastors more than of churches. So the pastors that are big on grace, I’m suspicious of because it makes me think they KNOW they need grace, because they know of their depravity, and it scares me to think of the people they have hurt, or do hurt with that grace-needing depravity.

And the pastors that tote punishment, I’m wary of because, truly, I believe in grace.

And the pastors that talk of prosperity and hope, I don’t feel that they can understand the depths of the brokenness that I have drowned in.

The only ones I trust are the ones who talk honestly and openly about pain and brokenness and the God that is with us in that. But actually, in real life churches, I have yet to find those pastors.

So this is me saying I’m fledgling right now. I’ve been drowning for a long time and am trying to find my way to the surface again. If you’ve got your head above the water, if you trust people and belong to the church and feel welcomed, don’t follow me.

But if you’re drowning too, if you’re distrusting and hurting and it breaks your heart, I’m trying to find a way up, and you’re welcome to come along. I can’t promise that I’ll find the most direct route, but I’m searching, and I’m trying to be honest about the journey.

And if you’re distrusting and it doesn’t break your heart, I hope it will some day. I’ve lived on both sides of this line now, and while this side feels wiser and more enlightened, the other side is more fulfilling indeed. It is a beautiful thing to trust people, and to have them be trustworthy in return.