Home – The power of place, my apartment by the Jail, and Baby Jesus

If I’m honest — which I am — homesickness is the cause of my current wandering-life phase. I’ve been saying that I’m searching for a place that feels like home. I didn’t know of any that still existed for me until one night not too long ago.

I was staying with my parents in my hometown one night, but I was coming in from an appointment in the next town over. I had a lot on my mind and I was just driving on autopilot. When I had arrived and parked my car, I went to reach for the handle to get out when I realized where I was — I was at my old apartment.

An apartment I haven’t lived in now for a year and a half. I have lived 4 places in 4 cities since I left that apartment.

It’s the apartment where I first lived alone. Where I first made all my meals for myself – no dining hall, no cafeteria, just me and my printed out recipes.

It’s an apartment down the street from the jail, with sketchy neighbors who are on parole, and some parolees whom I had gotten to know and become friends with. It’s an apartment with security screens on every door, with the cops coming by several times a week for some call or another. 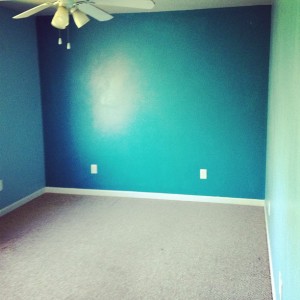 It’s an apartment with blue walls in one room because I painted them that way. With extra shelves in the closets because I built them myself. With a doorknob that I bought on the front door because I locked myself out and had to have the locksmith come and drill the lock through and replace it. With a small exposed nail on the front of the kitchen sink where the tiling had broken off before I moved in. I used that nail as peg to hang my pot holders from. 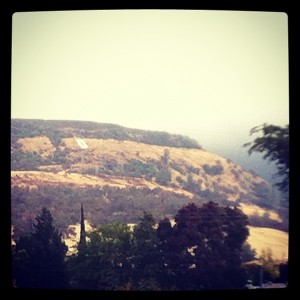 It’s an apartment with a view of Table Mountain and the Oroville O, with a view of the trains that chug by in the distance. It’s both walking distance to the Oroville forebay where I learned to sail as I was moving in, and to the Feather River, where the stone picnic tables served as my desk as I journaled through some of the hardest thoughts of my life. 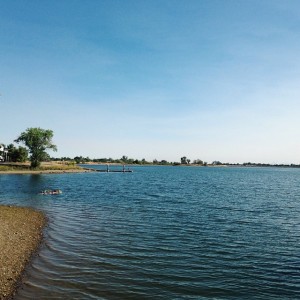 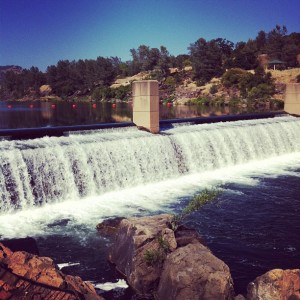 It’s 1.3 miles from the Youth Center I helped open, and 4.4 miles from the church I used to work at and belong to. It takes 7 minutes to drive to my parents house from this apartment. Always. It is a 2 minute drive (including the time to walk down the stairs and to the car) to the nearest Red Box at 7/11, allowing me to watch a rented movie until 8:58 before I had to pull it out and leave to return it before I got charged again.

It’s the apartment where I first defined home as being anything aside from my parents house. The town was always my home, but in terms of within Oroville, it was the first place of my own that I meant when I said “I’m going home now.” The dorm rooms of college had just never felt that way to me, and I’d been intentional about my vocabulary — I don’t know if my college roommates ever noticed, but I never referred to those dorm rooms and college apartments as home. “I’m going back to the room,” I’d say, or “Are you at the apartment?” Never, never, “I’ll see you at home.” Because home was somewhere in a podunk town in Northern California. Period.

And this apartment, this afforded me the chance to both be an independent adult with a home of their own, and to still call my hometown home.

But then life changed. Old normal in that Oroville life feels like a long lost memory. I’ve sold most of my possessions that filled that old apartment.  I’ve had different jobs since then. I’ve moved to different cities. I go to other churches. I rent movies from different Red Boxes and I have different people sitting in my apartment during movies and game nights.

But in the midst of getting lost in my thoughts as I drove, my internal compass took over and led me here. It led me home. Only it wasn’t my home anymore.

And while I have felt homesick for a couple years as my life changed so drastically, this moment as I sit in the parking lot in my old usual spot looking up at really the only last remnant of my old life, I feel sad. I feel more homesick than before. Because there it is, my home, in the most literal sense of the word. The place where I lived and slept and cooked and bathed and let me body and mind and heart rest and take shelter from the world.

And I hadn’t realized that my heart, that my internal compass still believed that, still missed that. But here I am, and it’s not my home anymore. It’s someone else’s.

I take a few moments to just look up at the front door before I turn the car on, back out, and drive away, tears rolling down my cheeks, grieving another loss — this time of a place I didn’t even know I missed.

Because the reality is that the places where we do life — where we share moments and let our hearts settle in with our bodies to a place we embrace as home — those places mean something. They’re just a place, but they’re the setting where our lives unfold.  And when the rest of life may change or be gone, you can still accidentally “drive home” and end up in those old places. It’s like visiting the grave on a chapter of life once it’s passed. But sometimes it’s good to have those monuments.

Maybe that’s one of the most beautiful parts of the world — that the land itself keeps on existing — despite our times, despite our pains and gains — it continues on, one of the only constants available to us.

Grief for people is of course the most powerful, the most full of agony and meaning. But grief for places — places we lose, places we leave, places we see change — that is still grief in it’s own right. It’s taken me a lot of life to realize how true that is.

As I’ve been back in Oroville this month for the holidays, it has been hard, and feels foreign in a lot of ways, but it’s also been healing to drive the streets that I know well enough that I know every curve, every pot hole and patch where it floods. To be in the place where I know which post office to go to for what things. The place where I know someone everywhere I go. The place where I walk into a hamburger joint I’ve been going to since I was born and they ask “Where have you been? We haven’t seen you in a while!” and the Mexican restaurant where they know that I’m the one in the family that changes up my drink order every time while the rest stay the same.

It’s a place that I love. While the sense of home is gone, the memory of it in this place is not.

I’m beginning to understand that in the Christian tradition, the meaning of Christmas isn’t just about the fact that God so loved the people in the world that he sent his son, Jesus.

God so loved the world — the place too. He could love us from afar, but only in a physical place could he walk with us, cry with us, touch us, heal us. The fact that the birth of Jesus happened in a place – in a feeding trough, in a stable, at an inn, in Bethlehem. And that while time and the world have changed, the place remains. That is a holy thing. And it is a human thing. Because places are the stage where the intermingling of our hearts and bodies and lives and time all take place. And that means that places matter. To God and to us. 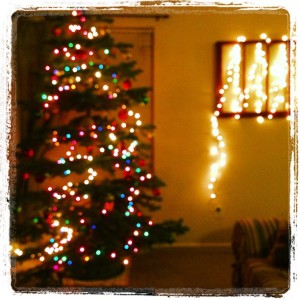 And the story says that some day there will be a new heaven and a new earth, and if that comes to be, I hope to walk with God down my old street by the jail, and to say, “that, that right there, that’s where my home was,” and I imagine he’d take my arm, and let me rest my head on his shoulder as he sadly, nostalgically says, “I know, Jo. I was there with you. I know.” And then like the other night, we’ll turn away and keep walking toward the hope of a new home someday — except that someday will have arrived.