Today I went with Jennie and Montague (the newly engageds!) to Zurich.  We went around the city, but the main thing we did was explore Zwingli’s Church (leader of the Swiss protestant reformation… he’s like the Martin Luther of Switzerland).  It was very cool to see, and then we paid 2 franks so that we could climb up into one of the church’s towers.  The staircase was VERY narrow with small steps, and it was very tight curves spiraling up for the first half of the way… BUT once we got to the top the view was completely worth the money and the steps!

Montague and I also took the chance to throw snowballs from such a high place!  So we definitely turned some heads from the streets below… but don’t worry… no one was assalted by our balls of snow.  It was a fun time though. =) 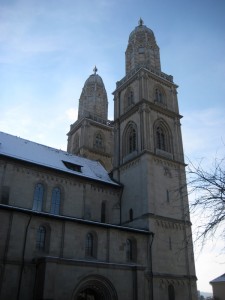 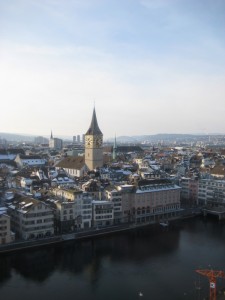 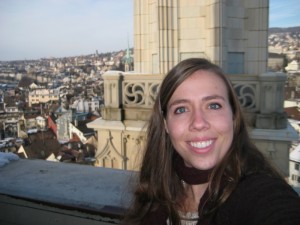 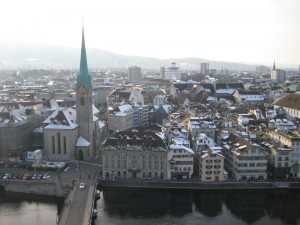 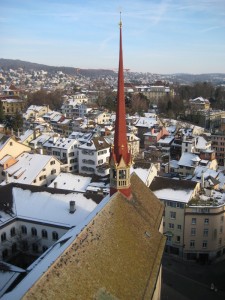 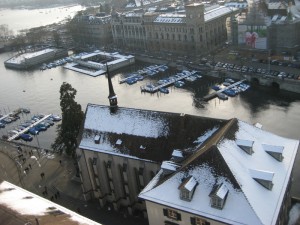 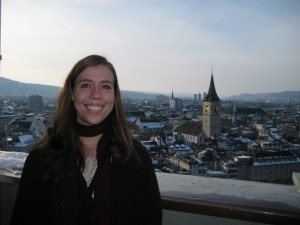 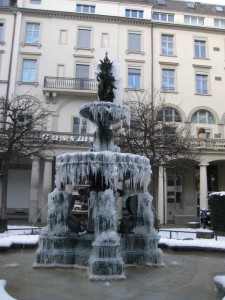