Today right after church it began snowing!  I have obviously been to the know before in my life.  But I’ve only been in the snow a few times where it’s been currently snowing for more than a few minutes… So i got really excited about it.  I ran outside immediately and caught a snowflake on my tongue.  Then i went inside and waited and waited and waited until there was enough snow on the ground to make a decent snow angle.  I convinced Signe and my roomate Jenna to go with me outside into the snow so we made snow angels and then walked down the street to the dock on the river.  It was a very fun time! =) 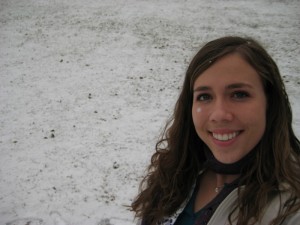 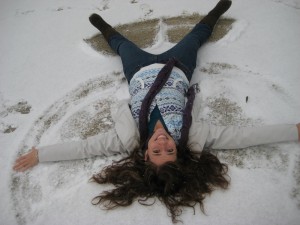 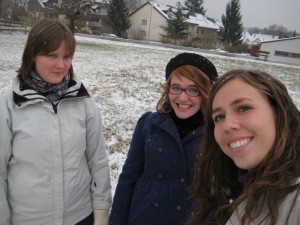 Signe, Jenna, and I 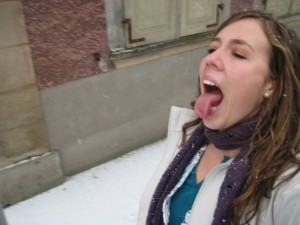 catching snowflakes on my tongue while walking 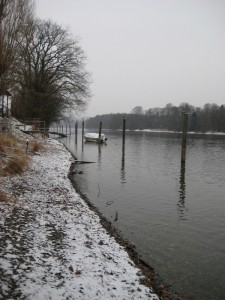 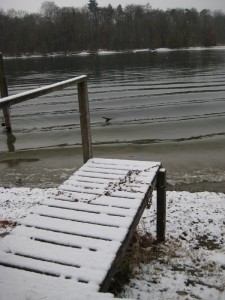 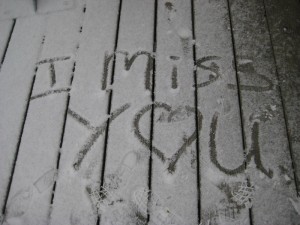 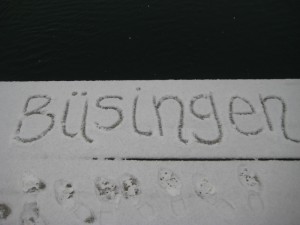 So… also…. last night the yak I met previously…ESCAPED FROM HIS YARD!  and he came onto our front lawn… then he was an attacked this huge christmas tree we had out in the yard, and then he came back in front of the building, and he had the whole string of christmas lights strung all around him!!  It was hilarious!  This is a picture but it’s really dark! 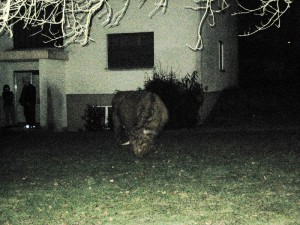 the yak on our front lawn

Alright, now I’m going to go watch the superbowl… at 11pm.  Something I’ve never done before.  It’s an all-nighter party!  and i found people here who are going to watch with me!  I’m so happy.  =)