Fear doesn’t have to call the shots 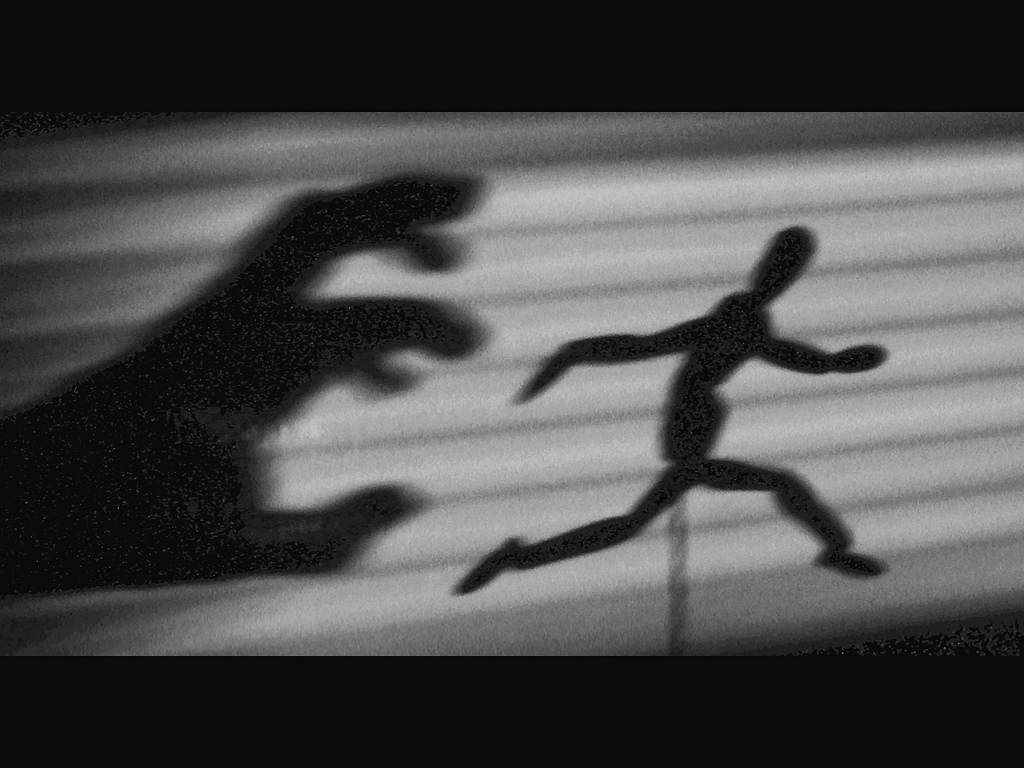 I don’t know if somehow I knew the story of Tom Sawyer attending his own funeral, or if my little mind just found a loophole in how dreams are supposed to go, but as a toddler I had a recurring dream where I died and then the dream still continued. A recurring nightmare, actually.

This was the dream: I was walking along Washington Ave. in my hometown by myself (yes, I was a little kid, but a very independent one so this never seemed strange to me). I was walking to the elementary school that we went to a couple times a week for my siblings’ PE and Science classes, when at the corner where I would turn to the school, I’d see an archer. He was always dressed somewhat like Robin Hood, which is weird and misleading for what was about to take place, seeing as how I was not rich, and he was not a robber.

The archer would see me, smile this evil grimacing smile similar to the bad guy’s smile in Dennis the Menace, and then he would stand up from his crouching position in the bushes at the corner and begin to walk toward me, his gait slow but steady. In a panic, I would remember that my dad’s office was somewhere kind of downtown close to there. So I’d turn around and race the opposite direction down Washington Ave., and I’d make it all the way to corner of Washington and Mitchell. The archer would be catching up and I’d be looking down the street, knowing that that road led by the grocery store, and being pretty sure It led to my dad’s work, or maybe it led to another road that led to another road that led to my dad’s work. I would hesitate for a moment at that corner, trying to figure out how to get to the Forest Service office so that I could get help, and with that slight hesitation, the archer would catch up to me. And instead of killing me with his bow and arrow, he always, always pulled out a large hunting knife and stabbed me through my heart and I screamed. Sometimes I would make it across the intersection and almost to the grocery store before he caught me, and sometimes he’d catch me before I even crossed the street. Sometimes I’d be sure my dad’s office was one way, and sometimes convinced I’d need to take another road. But the rest was always the same.

Morbid, I know. But this is where it gets interesting. The dream would continue. I never woke up after he’d killed me. I always saw him take his knife out of me, and leave me on the side of the sidewalk, almost in the bushes. Then the dream would skip forward to my family finding me and crying. I’d see my funeral. I’d see my older sister alone in our room, looking at the bottom bunk of our bunk beds — my bunk — and sitting on it and crying. I’d see people tell stories about me in a movie montage kind of way. Then I’d see my siblings continue to go back to that school for PE and Science classes, and I’d see my brother looking over his shoulder. I never knew if he was looking for the archer, or for me.

Then as the montage would fade as their lives would continue without me, I’d eventually wake up, the terror of the chase having lessened.

I had this dream for a couple of years on a recurring basis. It’s the only recurring dream I’ve ever had. But I remember it vividly. I had it until I finally told my mom about it one day, and I don’t know how she taught me to do it, but somehow she suggested that I take control of my dream the next time I have it and I tell the archer that he has to go away.

I had the dream a few more times after that, and I practiced. The first time it didn’t work, but I didn’t see as much of the after-death part as before, which was almost worse because I woke up with the terror more fresh.

The second time I think it was, I ran away from him like normal, but when I finally got to the far corner and had my moment of hesitation, he caught up to me like normal, and he pulled out his huge hunting knife like normal, and I somewhere in my subconscious I was able to remember that I could say stop. “STOP.” I yelled at him. And he froze for a moment. And then he smiled that evil dirty smile at me and I stood firm. “This is my dream. You can’t kill me. I won’t let you.”

He stayed silent, not moving toward me, but not leaving. So I finally said, “You have to leave. Go away.”

And he turned, and walked the down Mitchell Ave the opposite direction I always tried to run.

The third or so time I had the dream, when I saw him for the first time at the corner of Washington Ave., before he even took a step, he smiled at me, and I told him I wouldn’t run from him. It was my dream, I was in charge, and he couldn’t hurt me.  And instead of walking away, he stayed in the bushes and I walked right past him and up to the school and saw my friends and my siblings.

That was the last time I had that dream as a child.

And I think I carried that attitude with me as a child into my conscious life. I lived pretty fearlessly. Home alone was my first favorite movie, and I was kind of hoping someone would try to break in when I was home one day because I felt like I knew exactly how to handle the situation.

I climbed trees to their highest point.

I played with bugs.

I would catch daddy long legs and hold them by one leg watching them flail and curiously taking in the way they moved so whispily.

I would jump off the swings and climb onto rooftops.

I didn’t need a night light. I was not afraid of the dark.

I would talk to every stranger. Though I was not trusting (I wouldn’t have gotten in the car with anyone or eaten anything from a stranger), I was also not afraid.

As a toddler I took authority over my own dreams and life. As an adult, I’ve not done as good of a job at that, and I’ve had to re-learn that priceless skill. In my dream as a toddler, I’d never just lay down and die, I always tried to get away, but I was always terrified. When I learned how to act calmly and with authority in spite of fear, the fear itself subsided, too, eventually.  And that’s what I’m learning now again. Fear does not have to own you. And while it may not work in real life to tell a murderer that they have to go away, I think walking in that air of authority truly does change our fear-filled experiences in life, whether the danger is real or perceived.

Whether danger is real or not is not up to you, but whether you will be crippled by fear in life can be. You get to have authority over your own life. You can decide that fear doesn’t get to call the shots anymore, you do.