Compromise Is Worth It | Roommate Series #4: Julianne 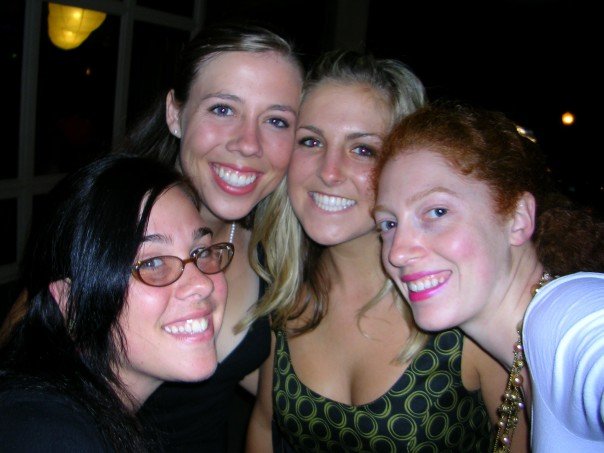 If you’ve ever met me, you know that I can be kind of bossy. Or take-charge-y, you could say (that’s how I think of myself, but let’s be real, it can also be bossy).

So when I entered college, I didn’t really have any concept of compromise in my mind. I came from a group of like-minded friends with similar needs and similar interests. I’m not sure that there’d been a real need for compromise in my life before, but I’m wise enough now to know that there may have been, and I may have bulldozed my way through anyway.

When I moved out of my dorm room with Jane* (not her real name), I moved across the hall into my new room with my already-established friend and hall mate, Julianne.

My first memory of Julianne was in the dorm bathroom on the first day of Freshman orientation. We’d met prior, I know, but the first memory I have is of her coming into the bathroom, holding up an entire sheet of temporary tattoos, and saying excitedly, “Let’s convince Kate to let us put these all over her!”

We did put those tattoos all over Kate (sorry Kate), and that was the start of the beautiful friendship that existed amongst four of us at the end of the hall.  There was Kate and her roommate Emily, who lived next door to me. then there was me, because my roommate never left the room. And then there was Julianne, who lived directly across the hall from Kate and Em. Her roommate backed out of coming to college there at the last minute so her whole first semester she’d had the room all to herself.

I either went to bed earlier, or I would stay out of our room and try to sneak in quietly much later on. We’d try to be quiet on the hall once she’d headed off to bed. We let her do her thing and we did ours.

But somewhere through that freshman year together, a pattern formed pretty quickly. We’d all be back at the dorm, hanging out in Kate and Em’s room, watching TV or doing homework or whatever, and then around 4:30 or 5 Jules would start asking if we were hungry yet and wanted to go eat dinner at the cafeteria (“the caf”). We’d always say no, we weren’t hungry yet.

She’d try to wait for a little bit, and then she’d get frustrated and hungry and she’d decide that she was just going to go on her own. “OK,” we’d say, like the lazy friends we were.

Soon, we were hardly eating with Jules at all anymore. Which was sad. Meals together at our college were a huge staple of our community life and time together. They could last for an hour or more and that’s where we met people that we didn’t know and where we talked without our cell phone and computers and TV’s on and distracting us.

I’m not sure when it was exactly, but I started to notice that Julianne was never getting to be a part of it. She’d started having snacks in our room that she’d eat at 4:30 or 5 when she’d initially get hungry to try to last longer. But we weren’t catching on, we’d still wait until right before the caf closed to think about going up to dinner.

So we changed. We started to go up to the caf everyday about an hour earlier than we had been. And Jules was with us most of the time after that. She’d occasionally have a day where she’d get too hungry waiting, and she’d decide, “Ok, never mind, I’m going to go now,” and we’d all kind of look up and go, “Oh, ok, well then we’ll go now.”

It was simple. It wasn’t something we talked a lot about. But that’s where I first started to learn how to compromise for the sake of people you live with and care about.

Jules left to study abroad the next semester, and we missed her greatly at meals (and other times) while she was gone.

I can’t even count how many roommate and life compromises I’ve learned are worth making because of that one simple cafeteria revelation in my freshman year of college. I hope my time with Jules has made me a better roommate overall with that in-tow.