A Tale of Two Strippers (PART I)

A Horse Trainer and A Ministry Leader: A Tale of Two Strippers

From the archives: Originally Published in the Point Weekly, in Spring, 2011.

The air is thick. The music is blaring. The lyrics are suggestive.

“Oh you look so sweet. What, you work in Paris? Look at your physique. Girl you are a beauty. Well I am a beast. They must have been trippin’ to let me off the leash.”

Jazelle comes onto the stage wearing a black bra, a black thong atop a pink one and a pink see-through teddy. The hues of pinks don’t match.

It’s just before midnight on Valentine’s Day at Pure Platinum, “San Diego’s Premier Gentlemen’s Club,” and there are fewer than 20 cars in the parking lot. The front of the establishment is a seeming mesh of holidays — the palm trees and the awning of the building boast white and blue icicle lights, and arrangements of red and white Valentine balloons decorate the sides of the double door entrance.

Inside, several couples (Valentine’s Day is the biggest night for couples to come in together) and a few other men are milling about, going in between the stage and table area and the connected hookah lounge, carrying the scent of the flavored smoke in with them each time they re-enter.

Establishments such as this are known as gentlemen’s clubs or strip clubs. The women inside call themselves dancers, but the “gentlemen” more often call them strippers.

A dark-haired beauty walks over to a table of customers who have just arrived. Rose (not her real name) is wearing black lingerie with a small pink lace accent over her panties, and she smiles warmly as she walks toward them. Her smile does not look pasted on, nor does it look loose from too much drink. If her smile says anything about her, it says she knows what she’s doing.

She’s the most professional and most experienced of all the dancers working here tonight. She’s not here for fun — she’s here to make enough money to live.

After she’s done talking, though, as she walks away from the table, her smile slips, and her eyes glaze a little. It’s only for a second before she makes eye contact with another group and smiles, heading their way. But it’s enough to tell — Rose wants to get out of here. 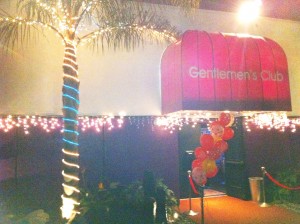 Twelve years ago there was another dancer here, a young girl named Theresa Scher, who wanted this to be strictly a job.

“You know how, in movies, everyone looks so happy and like they’re having a great time, like it’s a big party at every strip club?” said Scher. “It’s not like that in real life. It’s a lot of blank stares and glazed eyes. In real life, there’s a lot of sadness and desperation.”

Scher is now the founder and leader of a ministry at The Rock Church called JC’s Girls, which reaches out to women in the adult entertainment industry. But when she was in the industry, it was that sadness and desperation that paralyzed her life.

When her marriage ended, leaving her a son to provide for and bills she couldn’t pay, dancing became her best option.

She was 22 when she first started at the Kearny Mesa club, and she saw it as the ideal job. She could be with her son during the day, and afford to hire a babysitter while she worked at night. Soon she was making as much money in one night as she would have made in a week at her old job at Qualcomm stadium.

The DJ in the corner booms with a radio-announcer voice: “Up next we have a treat for you. She’s feisty, she’s lovely, sheee’s Honnnney.”

Honey just started dancing this week.  She comes onto the stage with more energy than anyone in the joint, and proceeds to jump around and to swing from the overhead ring like a kid on the monkey bars. The only thing that suggests she is of age is the strong smell of alcohol on her breath.

“She take my money, well I’m in need. Yeah she’s a triflin’ friend indeed. Oh she’s a gold digger way over time that digs on me.”

Rose struts through the table section, laughing at the men’s jokes, and complimenting their girlfriends and wives on their taste in men. She’s the only woman in the club who is getting more tips than the obligatory dollar after each dance. And she’s earning every last bill.

Like Scher, Rose only got into this business because of her need to support her child after her husband divorced her. She began working in the industry in 2001 and ended up working most of her time in San Francisco’s financial district.

Successful businessmen on their lunch hours became the suppliers of her income. On a good da 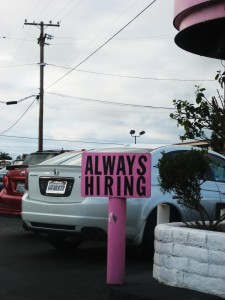 The state of the economy over the past three years has caused more women than usual to start dancing and posing for sex industry venues, but it has also caused a major loss in revenue all over the nation.

Though she is from San Diego, Rose only started dancing here last month, and she can already tell the San Diego scene isn’t going to cut it financially.

Rose is trying to establish a life in San Diego again, but when she looked practically at her bills, and at the expenses of the business she’s trying to start, she realized she’ll have to work in San Francisco one week every month in order to get by.

Honey comes off the stage and approaches a table. She’s so drunk she’s zig-zagging in her nine-inch stilettos. She seems like she’s just won the lottery.

“It’s amazing that this is my work!” she said, her words slurring together. “I just got outta the Marines and I didn’t know what I was gonna do, and then I found this, and it’s amazing. One night last week I made $200 on my shift. Two. Hundred. Dollars. It’s amazing.”

Unlike Honey and several other dancers, Rose doesn’t want alcohol to affect the amount of money she’s earning. It’s a fine line to walk, because favor is earned when the dancers drink with customers. When a dancer is drunk, she might be looser, but she doesn’t dance as well. She might enjoy herself more, but if she’s having too much fun, she can lose focus.

Rose recognized these trends early on in her life as a dancer, so she established a two-drink rule for herself. Now, if men want to buy her drinks when she has already had two drinks on that particular shift, she uses a code with the bartender: “With a cherry on top” means no alcohol. As the men drink more, they’re more likely to tip, and as Rose has her secretly virgin drinks, she doesn’t forfeit her sole reason for being there — to make enough money to be able to quit and do the job she really loves — working with horses. 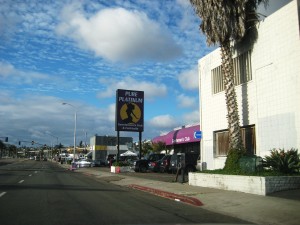 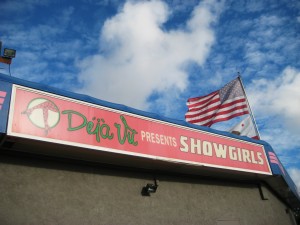 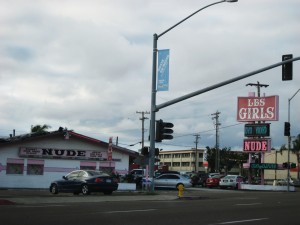 Joanna O’Hanlon is an adventurer and story-teller. She tries to be honest about the ugly and hard parts of life, and the beautiful parts too. This blog is one of the places she shares her thoughts and stories.